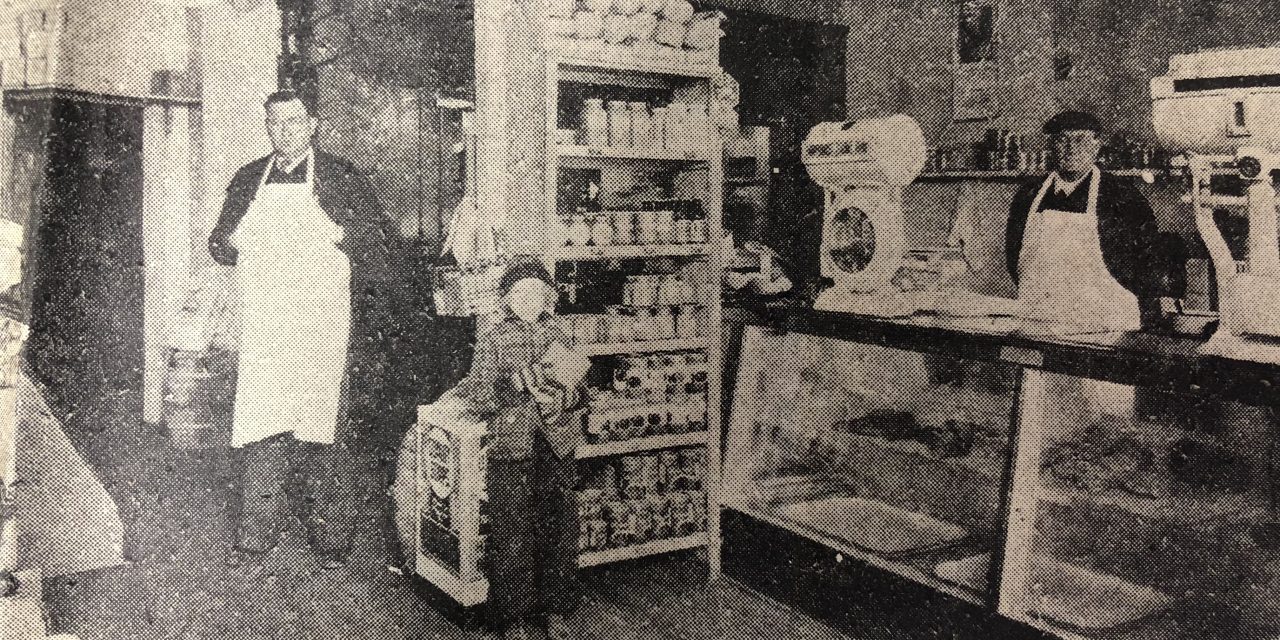 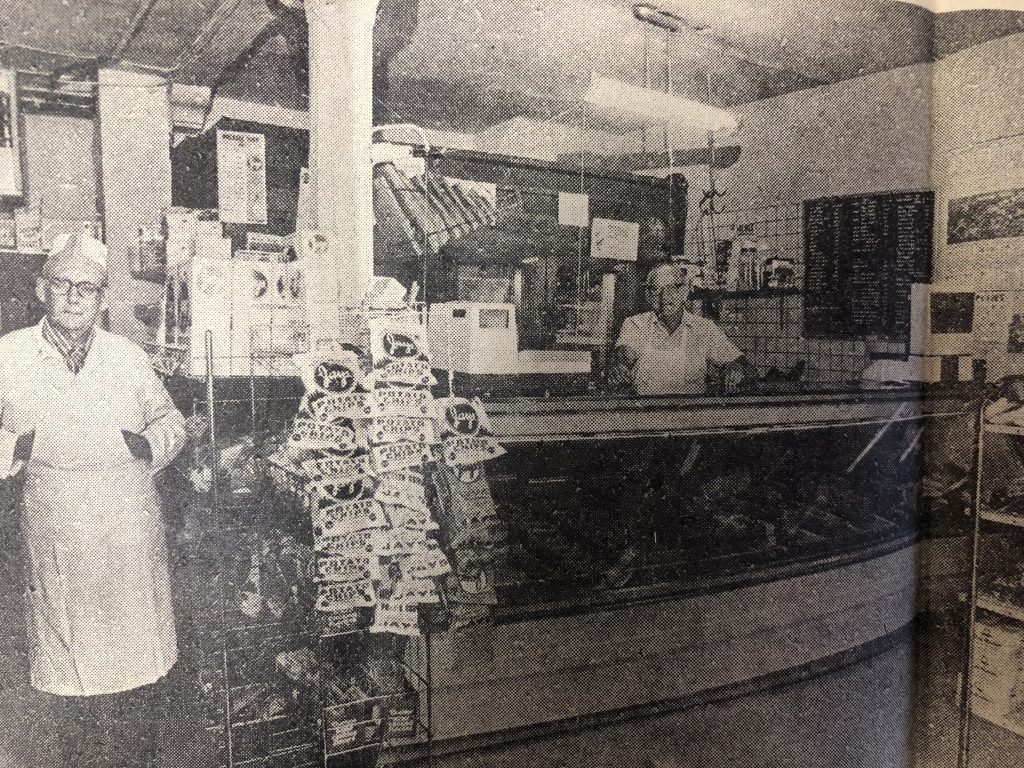 Edward, left and brother, John Wendzikowski show the meat market didn’t change much from when their Father operated it. 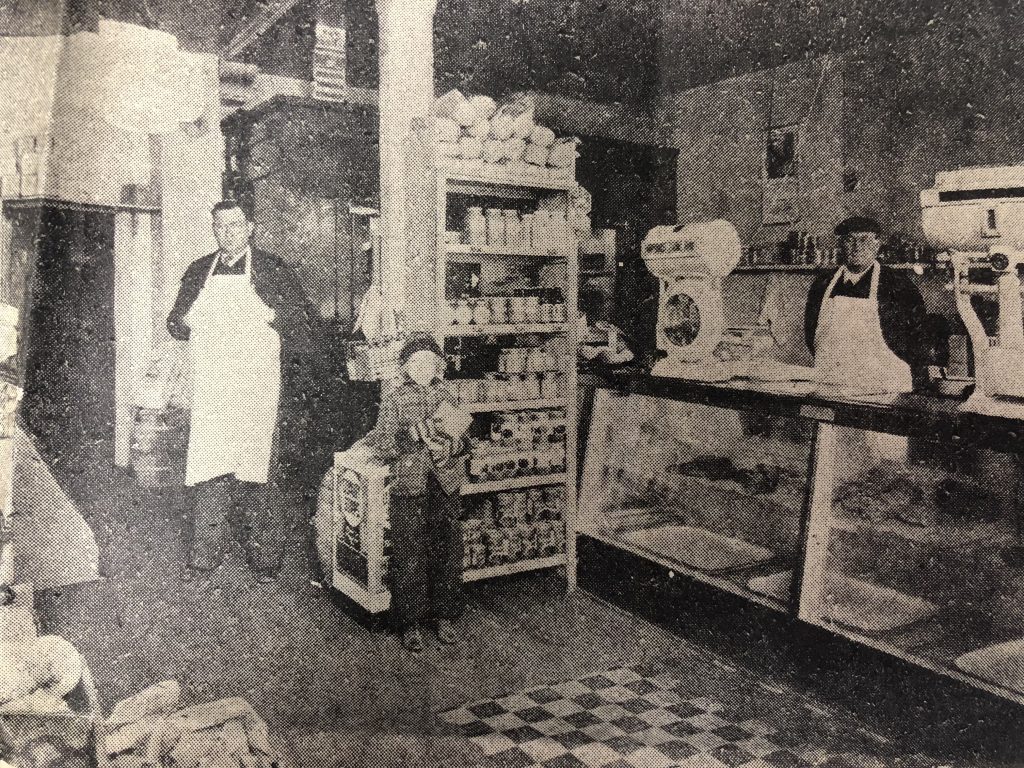 Someone somewhere today probably had some of the Wendzikowski brothers homemade Polish sausage for breakfast.

That someone might be in pulaski, where the brothers run their meat market, or in Chicago, somewhere in Oregon or in Arizona.

“A lady bought 10 pounds this morning,” said John Wendzikowski in an interview last week. The woman plans to freeze it and take it with her when she goes to Oregon to visit her daughter, he said.

A woman from Eaton used to come in and buy 70 or 80 pounds of Polish sausage for Christmas and Easter. Now living in Arizona, that woman just visited the store and bought another big order, he said.

Sometimes persons from nearby Green Bay or from far away come in with big orders for their neighborhood, said John’s brother Edward.

“We’ve got a guy from Chicago who comes in two or three times a year and orders 50 five pound packs,” said John. “He’s got all these people who buy it from him,” he added.

Why is the Polish sausage making its way across the country? Probably because the homemade kind is difficult to find. There are a few stores in the Green Bay area that carry it. In other parts of the nation it is just plain unvailable unless you want to take the time to make your own.

But what makes the store so special is not only its fresh and smoked Polish sausage but its atmosphere. Old wooden shelves display a small stock of food and cleaning necessities. The big walk-in cooler with the wood exterior is still in the corner.

Oh, there have been a few innovations. The pot-bellied stove was replaced with a furnace. The old wood floor is covered with tile, and there’s a new meat counter in front of the cooler.

But there’s an old world atmosphere and aromas that are extinct from modern-day supermarkets.

The brothers make the sausage in the back room. This accounts for a marvelous spicy aroma that strikes customers when they walk in the door.

“We have our usual customers who come year after year.” said John.

When those customers enter the little store, a block from Assumption B.V.M. Church in downtown Pulaski, they enter the past.

The market is about the same as it was back in 1933 when Peter and Ernest Wendzikowski bought it, according to their sons.

The same year, Peter, fater of the current owners, devised his famous recipe. For the past 45 years, their Polish sasuage has been available–event during a 20-year period when market went out of the family’s hands.

That’s because Edward has been working at the store 36 years. He started working for his father and continued when other owners took over. For the past 11 years, though, he and his brother John have owned the meat market.

Their customers take the sausage home to highlight breakfasts and luncheons on holidays, weddings, births and funerals and any other day they can think of.

“For Easter and Christmas people come from all over –Eaton, Peshtigo and Marinette–and they have to get it for their friends,” said John.

The customers and their friends apparently eat a lot of sausage on the holidays. For Easter John and Edward make 7,000 pounds of sausage. Christmas usually is good for 3,000 to 4,000 pounds of business.

And as long as the brothers keep running the store and making the sausage there’ll be lots of holidays spiced with that sausage that make a meal special. 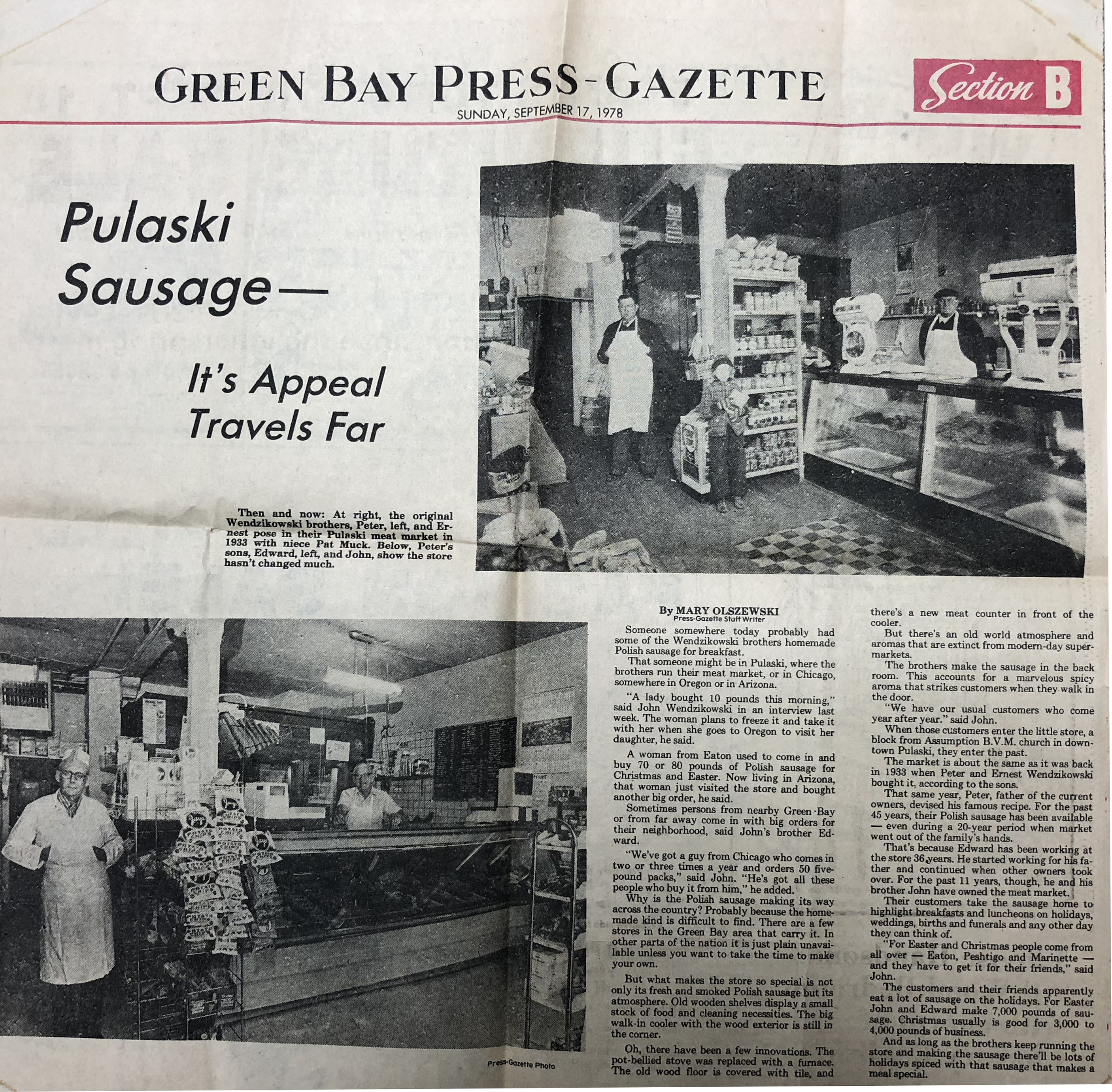 Article from the GB Press Gazette on Pulaski Sausage.